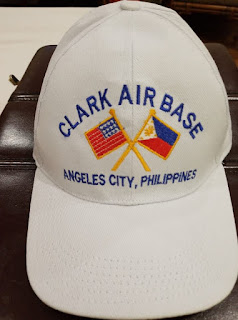 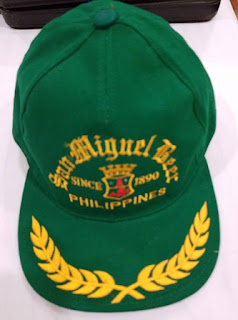 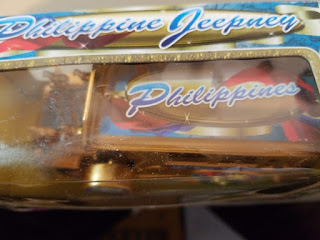 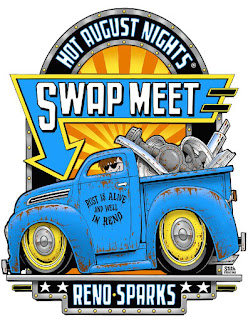 Reno, Nevada Hot August Nights Car Swap Meet is moving back to the Reno Livestock Area on 8, 9 and 10 of August 2019.  No space assignments have been made, but keep in touch, as we will have four spaces.  Not sure of the swap lay out neither, as they have made some ground improvements, so you may be able to park on the grounds close to the swap area.

Now we plan on doing the Turlock Spring Swap on the fairgrounds, we are against the fence at spaces FX 9 and 10; on the pavement.

If you can not make these swaps, order from my  e-commerce sites bonanza.com/booths/RonTees or web site at www.ronclaussentees.com  Email address is ronclaussentees@att.net or at yahoo Ronclaussentees@yahoo.com or RonClaussen@yahoo.com

Hope to see all of you at the next Car Swap Meet or on Facebook...

www.bonanaz.com/booths/RonTees is the best location for racing and classic car tees, ball caps, flags, jackets, collectibles and much more.  See military ball caps, flags as well as some of Elvis tees and collectibles, also James Dean and Marilyn Monroe tees and other movie stars tees/caps.  There are over 900 items posted on this site.

You can see more items on my web site at www.ronclaussentees.com; however the site has not been up dated due to the passing of my web master, so call or email me about those items listed.  Some have been sold.

We have the latest Chase Elliott #9, including Dale Sr #3 and Dale Jr #8 and #88 as well as Jeff Gordon #24 and Jimmie Johnson #48, tees and caps that are reflected on our e-commerce locations.  All are great collector's items.   See NASCAR die cast on our sites too.

The REBEL Flag is still in stock, along with some tee shirts and ball caps.  They are being blocked by most search engines.  If you can locate them, email me at ronclaussentees@yahoo.com.

We accept PayPal, cashier checks or money orders and our sales are restricted to the USA..  Any questions you can contact me at 775 741 4360.
Posted by ronclaussentees at 9:06 AM No comments: