Back from Vegas Off Price Trade Show..watch for new items

After we finished Reno's Hot August Nites car swap meet, we took off to Lass Vegas for the Off Price trade show...at the Sands Expo....We visited with several vendors...but one of our old friends there had some new items...ever hear of "State of Jefferson"?  Well they had various caps and flags with the new movement... Now, it you are not familiar with the State of Jefferson it is where folks in Northern California and Southern Oregon are going to leave their state and form a new state call Jefferson..... Now we will have some of the State of Jefferson flags for sell on our web site as well as our e commerce locations once we get them. 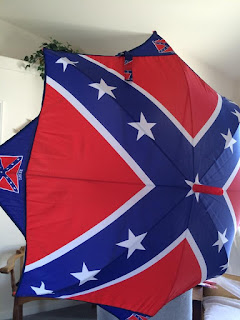 Also, we will have the 2015 Bike Week of Daytona ball caps that never made it to Daytona, as they were sitting on a ship in a container off the port of Long Beach, CA....due to the long shore men's strike. There are 4 different designs.  Watch the web site and e commerce locations for them...hopefully we will have them at the Turlock Fall car swap meet in Turlock, CA on the 27th of Sept...2015
Posted by ronclaussentees at 12:57 PM No comments: